Binance Coin (BNB), the best performing cryptocurrency in 2019, is having hard times maintaining its recent gains despite major developments. Meanwhile, the Bitcoin dominance index has hit its highest so far in 2019.

As Bitcoinist reported last week, Binance Coin (BNB) 00 is amongst the best performing cryptocurrencies in 2019 so far. Year-to-date, the altcoin has gained around 260 percent. Moreover, a few days ago, BNB became the first to surpass its all-time high value of January 2018.

On a shorter term, however, the cryptocurrency doesn’t seem to be able to maintain its gains.

Since its price surged towards its newly-found ATH on April 20th, BNB has pulled back, experiencing a notable decrease of around 11 percent against the USD.

Against Bitcoin, BNB is down even more with a 16 percent decline.

Controversially, the sudden pull-back comes at times when there’s a lot going on for Binance and BNB.

Earlier in this month, Binance launched the mainnet for their decentralized exchange Binance Chain. Touted as a “new chapter” in the history of the company, the event also set the stage for an important development for the currently existing ERC20-based BNB coins – their swap to Binance Chain.

Moreover, Bitcoinist reported that every project which migrates to Binance Chain sees its token’s price skyrocket on the news. Since our last report, two more projects have migrated to Binance Chain, namely Gifto (GTO), and the Blockmason Credit Protocol (BCPT). Their prices, unsurprisingly, marked notable increases following the move.

On another note, Binance Launchpad – the Initial Exchange Offering (IEO) structure of the cryptocurrency exchange, is having its fourth sale today with a brand new lottery system in place. According to the official website, the ticket claim process is already in progress.

Ironically, Binance Coin seems to be the only cryptocurrency that fails to capitalize on the so-called “Binance Effect.”

…Nor Does BTC Price Pump

Another thing to consider is Bitcoin’s price performance throughout the same period BNB has been declining.

Binance’s Launchpad to Announce One Project Each Month

Bitcoin price 00 has experienced a slight pullback since its recent peak, losing about 1.5 percent on the day.

However, looking at the overall cryptocurrency market reveals that BTC is actually holding relatively strong compared to other altcoins, most of which are bleeding notably. 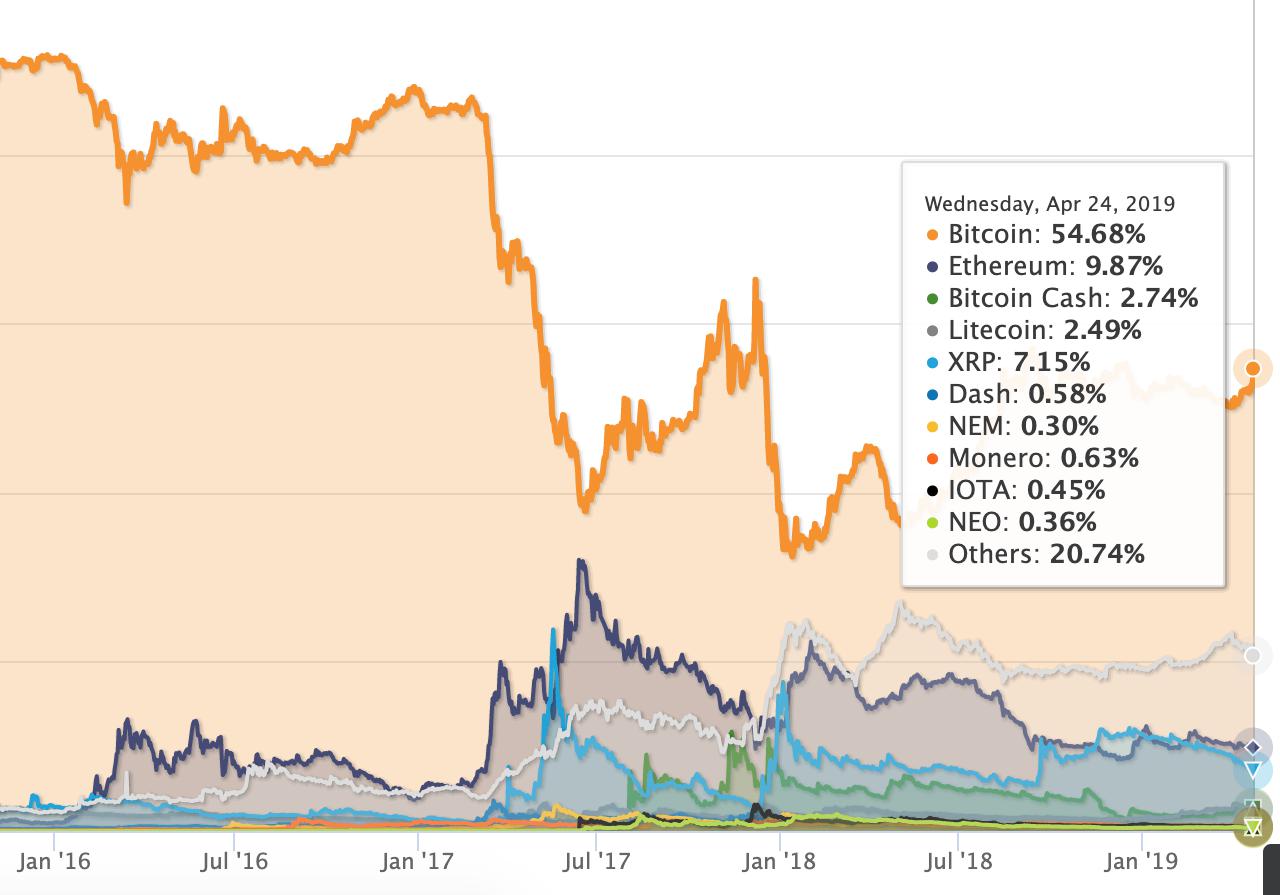 In result, the Bitcoin Dominance Index, which measures Bitcoin’s relative market share by capitalization, has risen to 54.7 percent, the highest in 2019 so far.

What do you think of the recent drop in the price of Binance Coin? Don’t hesitate to let us know in the comments below!

Blockchain Migration Is All the Rage