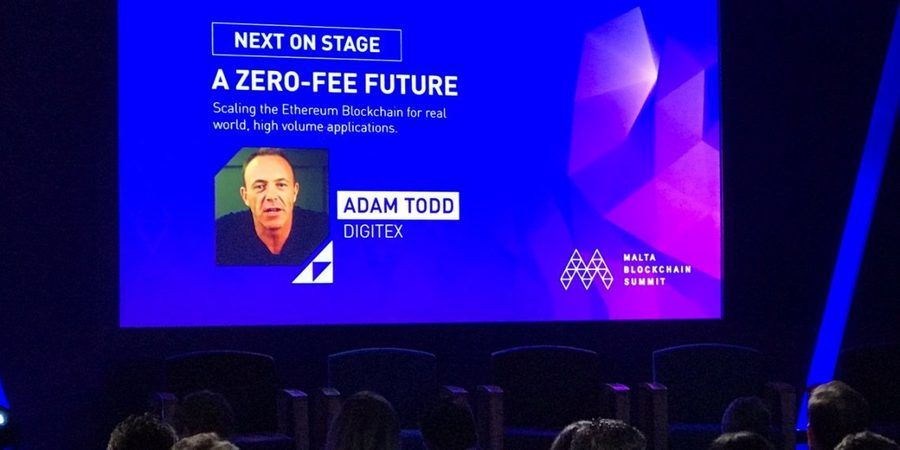 According to Digitex commission-free Futures Exchange team, over the last few days a campaign of fear, uncertainty, and doubt has been occurring in telegram and elsewhere about the DGTX token, and there are claims are that the team is off-loading their tokens. It appears to be not true at all.

Firstly, a glitch occurred on the DGTX/ETH pair on Mercatox late on Friday evening. This resulted in 3 tokens being bought/sold at a much lower than market price of 2 cents and 10 tokens were also bought/sold at 4 cents a couple of minutes later. This was an issue with Mercatox’s software and was resolved within a few minutes. The true value of the DGTX token did not drop to 2 cents. This incorrect token price was picked up by aggregators, and affected the token price that was shown on CMC, etc. You can see a screenshot of the trade history below.

Team states that a coordinated campaign has been happening on DGTX Telegram channel, with the aim of pushing the token price down and cleared up the accusations levelled against the Digitex Team.

Digitex categorically states that the above claim is completely fabricated and false as this wallet belongs to Mercatox. Around 50 days ago a Mercatox hot wallet was compromised and they moved a huge number of tokens into another wallet for safe keeping. The first ever transaction to this account involving DGTX was 50 million DGTX from the Mercatox wallet (https://etherscan.io/tx/0x9bfc4ff958d9492c846b67985796e311c9f0fa377c94f299a3a4c15ea7983168). Teams said that no one would be able to withdraw such a huge amount of tokens from Mercatox when the daily withdrawal limit for fully verified users is 5 BTC per day. Every Ethereum based token listed on Mercatox was moved into this wallet, not just DGTX.

Mercatox have confirmed that this wallet belongs to them.

‘On July 15 2018, 25% of tokens locked in the contract become available. Further, after every quarter of the year the contract unlocks 6.25% of the tokens it is holding.’

6.25 million will continue to be released every quarter as per the vesting schedule.

The CEO of Digitex Adam Todd will live-stream an AMA on Tuesday. It’s probably no coincidence that this campaign has happened when the majority of the team was traveling and unable to respond in detail to these events.

Digitex team have attended Blockchain Summit in Malta during the FUD campaign, where team presented its commission-free Futures Exchange Demo for the first time.

Once again we’d like to thank our community for their continuous support. Unfortunately FUD is part and parcel of the cryptocurrency world and we take it as a compliment that we have people working against us and who are threatened by what we are doing. We remain as dedicated as ever to proving these people wrong and to delivering an intuitive, easy to use trading platform.

Bitcoin Cash Up 30% in 3 days: What You Need to Know About the Upcoming BCH Fork