It feels like a long time since CES in January when Ledger unveiled its latest hardware wallet, the Nano X. I was lucky enough to receive a review device and have been dutifully putting it through its paces since then. With the first units shipping next week, its high time to get excited all over again with a full review.

Let’s get this out of the way first — the Ledger Nano X is a beautiful piece of kit. It comes nicely packaged with Apple-level attention to detail.

In the box, you get the device itself, a keychain attachment, and tough-looking braided USB cable — plus instruction sheet, recovery cards, and Ledger stickers — if you’re into that kind of thing.

The device looks very similar to the Nano S, although the buttons have moved to be either side of the larger and flush screen. The two buttons scroll through menu options while pressing both simultaneously selects the highlighted option.

The set-up is a simple affair, although I would recommend doing it in one session. In my excitement, I started up the device whilst still in Vegas, then realized I should be taking notes… and of course, Vegas doesn’t allow notes. It took a bit of fiddling to get back to the set-up process once I was back home, but it wouldn’t have been a problem if I’d just waited.

Bizarrely, I managed to change the device name on my device, but Ledger Live still sees it as the default name. Now, I can’t seem to alter it at all — but it’s not a huge deal.

Most of your interaction with the Nano X will occur via the Ledger Live app, for Android and iOS. I mean, you could use it through the desktop version, but there’s no reason why you would – and, in fact, one good reason why you wouldn’t… but more on that later.

The device connects to the mobile app via Bluetooth, which has sparked security concerns from some quarters. However, private keys remain safely stored in the secure chip on the device, which has been updated and has a higher rating than that of the Nano S.

The Nano X supports all 1100+ cryptocurrencies of the earlier model, but you can install 100 different token accounts on a single Nano X — compared to 18 on the S. Installing accounts is a breeze, although there is no way to change the default account name until after you have created it. Again, not a massive problem, but I don’t see why this shouldn’t be possible. 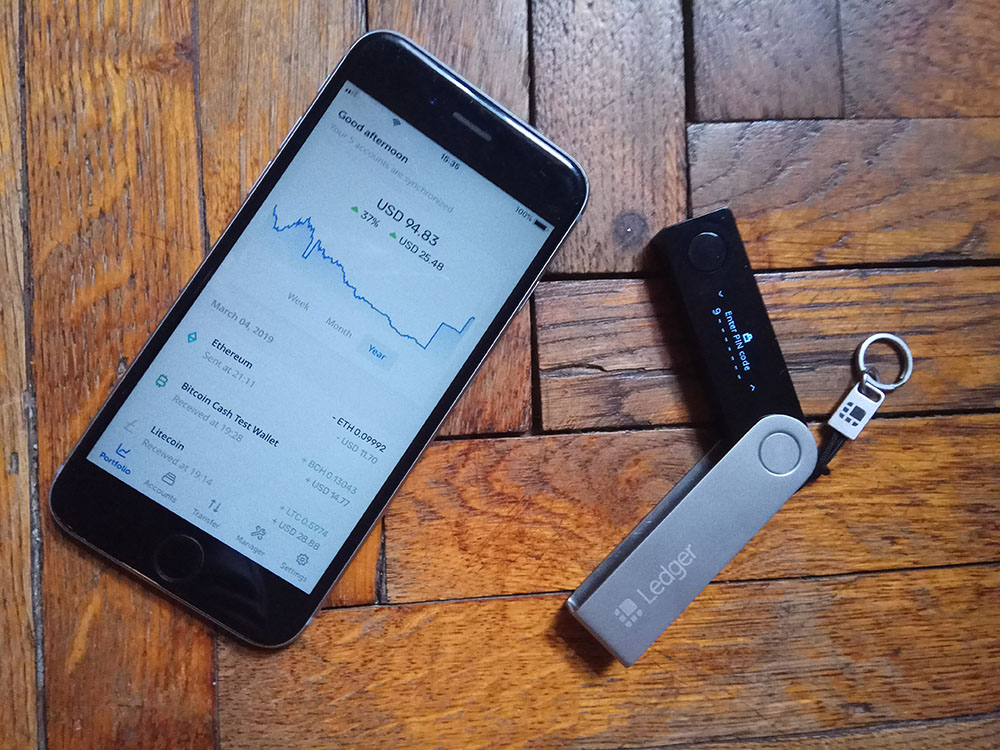 More of an issue is the fact that, if you do at any point decide to use the desktop version of the software, you have to manually add all the accounts again… and the accounts again take the default name. Why it doesn’t sync accounts (or at least account names) with the device/mobile app is a mystery. To be honest, though, the desktop app has no extra functionality, so you might as well just stick to the mobile app.

This works just like any software wallet, allowing you to send and receive tokens, monitor your portfolio, and even buy tokens through selected partner exchanges. Every transaction is confirmed through Nano X, and this is its strength.

The combination of hardware-wallet security with the mobility and ease-of-use of a software wallet makes this a pretty compelling purchase. Niggles aside, what’s not to like about that?

The Ledger Nano X costs $119, with free shipping, and orders placed today should be shipped in early April.

Unusual Goods You Can Purchase on the Darknet With Cryptocurrency