Will Digitex’s launch of its exchange be an alternative to Bitmex?

Will Digitex’s launch of its exchange be an alternative to Bitmex?

One of the most important core tools a trader needs to be successful is an effective exchange to trade on. There are many exchanges on which to trade cryptocurrencies, including Binance, Bitstamp, and Bittrex to name just a few. However, these exchanges do not offer crypto margin trading options, which allow users to trade larger position sizes with less capital.

Bitmex presently leads with the most trading volume. However, customers have begun to find many problems with Bitmex. Most notably is the inability to trade during major market events. It seems as though glitches or system problems arise whenever there is peak market activity which leaves customers frustrated – either locked out of trades or possibly facing liquidation.

As the cryptocurrency sector matures, trading platforms and exchanges must also become more mature – and it seems as though Bitmex is struggling to do so.

Recently, another entity threw its “hat” into the cryptocurrency exchange ring. Digitex was an ICO which ran from January 15 – February 15, 2018, and touted itself as “a commission-free futures exchange with its own native cryptocurrency, the DGTX token”. Its launch date was planned for the end of Q4 this year.

Trading will be conducted according to crypto asset prices, but gains or losses will be paid in DGTX tokens. Adam Todd is the CEO and founder of the Digitex exchange. His goal is to give the world a trading option that he did not have; the ability to trade without paying fees.

In a recent interview with CryptoPotato, Todd gave a few more details about the Digitex launch: 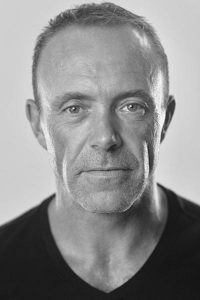 “We plan to launch our Beta exchange to the top 5,000 sign-ups on our exchange at the very end of the year. The Beta should run for about two weeks, which will allow our developers to test the exchange and fix any issues before we open the exchange to the public in early 2019. If anyone is curious about the features and characteristics, we will be showcasing our first-ever live demo at the upcoming summit in Malta.”

The Digitex token is used instead of fiat or Tether for the settlement of trade gains and losses, as mentioned above. This provides the opportunity to have a feeless system. This system will likely take some time to adjust to though, as it will be difficult to use DGTX instead of a stable coins like TUSD or USDT or BTC (like in Bitmex).

Market manipulations are also a common topic of conversation in the crypto markets, with exchanges at high risk of manipulation. In reference to Digitex, Todd said to us that the “best defense against market manipulation is liquidity. As we’re creating a commission-free model, more and more traders will be attracted to our exchange, which in time will produce a highly liquid market”.

Additionally, when asked about his vision for the key to Digitex’s success, Todd replied noting the importance of marketing:

“We started a waitlist campaign that has currently over 300K sign-ups, and we still have another ten weeks to go. Of course, the product needs to be good, and we feel confident that the platform we’re building will be superior to what’s currently available in the futures market. However, it also needs to be marketed the right way to reach the right audience. A successful marketing campaign will allow us to launch the exchange to nearly a million users which in turn will start building liquidity. As we continue to build on our marketing campaign, we hope to become the leading exchange in the cryptocurrency futures market.” explained Todd.

Some Differences Between Bitmex and Digitex

Digitex has no fees, as compared to Bitmex. There is an added 0.05% for settlement of traditional futures contracts, as opposed to their perpetual contracts.

Bitmex employs the option to use its unique “perpetual swap” contracts, which do not expire. Bitmex also has

Digitex also uses its DGTX token as its settlement currency, whereas Bitmex is settled in BTC. It will be interesting to see how the regulations play out, with DGTX (a utility token) instead of a fiat or Tether option. Digitex and Bitmex both allow the option of up to 100x leverage for trades.

“Besides being a zero-fee model, in mid-2019 Digitex will introduce ‘trustless‘ account balances, which means that the exchange won’t be responsible for anyone’s accounts.”, concluded Todd. “They will be managed by smart contracts. I believe this is a huge advantage over Bitmex”.

‘We Have No More Funds’: Canadian Exchange MapleChange Exit Scams

Unocoin Co-founder Shares His Experience After ATM Seizure and Arrest

France’s Social Media Stalking Points to the Violence of Fiat, Consent of Crypto

What Is the GGCOIN STO Hype All About